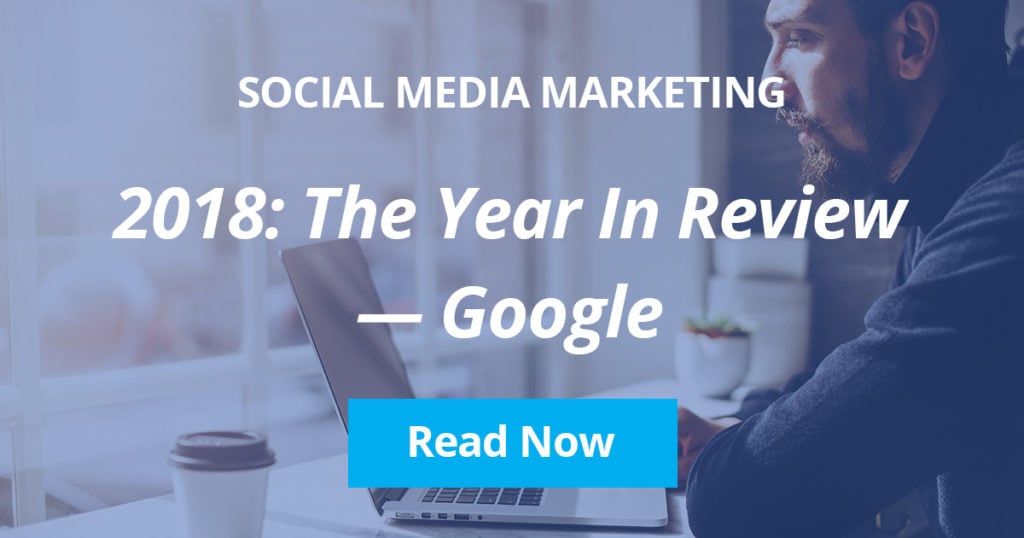 This is the fourth and final installment in our ongoing series: 2018: Year In Review, where we cover the major changes in a social network or ad platform, and where we think they’re headed in the coming year.

We’ve covered Facebook, Twitter, LinkedIn, and Snapchat, and at long last, we’ve come to two of the most important channels: Google and YouTube. The two services have gone through several changes this year, perhaps more than any other save for Facebook.

While accurate user data for Google is hard to come by, in 2017, the company announced that seven Google products had over 1 billion monthly users.

Back in June, Google rebranded many of its advertising solutions to simplify and streamline their offerings. Google Adwords, the company’s advertising solution for YouTube, Maps, and the Play Store, is now simply known as Google Ads. Google Ads also introduces a new campaign type that utilizes Machine Learning to help businesses get started with ad creation, which we’ll cover in more depth later on.

Along with the new features, Google Ads has introduced a completely new interface, streamlining several options and creating a sleeker, more modern theme. All the original functionality should still be there, but finding your way around may take some getting used to. Fortunately, Google has provided a quick reference map to help you get started, and some keyboard shortcuts to increase your productivity.

After millions of users’ data and information was compromised in a leak, Google announced the end of Google+. Originally launched in 2011 as a competing platform to Facebook and Twitter (but with a focus on privacy), Plus failed to gain any sense of traction or engagement that its competitors enjoyed. Google originally announced the termination of Google+ to be completed by August 2019, but it is now being accelerated to April.

Maximize Lift is a new way for advertisers to better reach users after exposure to certain YouTube ads. The technology uses Google’s Machine Learning technology and can be combined with TrueView for optimal results. For example, COVERGIRL used Maximize Lift with TrueView in-stream ads for their Lashblast mascara and saw a 2x return on ad spend.

TrueView also got a neat update, with a new form feature that allows users to submit email addresses and phone numbers straight from a video ad. This option is perfect for brands seeking to increase memberships or sign-ups for a particular product or service.

Brands will be happy to hear that they can now analyze customer interactions across multiple campaigns and devices with cross-device reporting. That means you’ll be able to track journeys that may have started on one device but ended on another, giving you a more complete picture of the user experience. Check out Google’s blog post for more information.

When Responsive Search Ads (RSA) first released earlier this May, marketers praised the ability to create thousands of ads using the same few elements. Not only did it save time, but Google did the heavy lifting of optimization. Even more enticing, Google offered more real estate with RSAs than expanded text ads with three headlines (instead of two) and two 90-character descriptions (instead of one 80-character description). Although it is still in Beta, Responsive Search Ads are a promising development for the use of Machine Learning in advertising.

2018 was the year that forced platforms (such as Facebook and Twitter) to reconsider how ads collect user information for targeting. As a result, Google users now have the ability to manage their ad settings and personalize the ads they receive. If they choose, they can even opt out of personalized ads entirely (still being shown ads, but less relevant). While the move may be an annoyance to marketers, it is nevertheless an important decision to keep users happy and engaged.

Today, you don’t even need a website to court new customers (although Arcalea still highly recommends one for your business’s overall strategy). Google is now testing smart campaigns and auto-optimized landing pages for simplified marketing solutions. This means that even without a dedicated marketing team, businesses can use Google’s platform to set up ads and pages almost instantly. Google uses machine learning tech to collect info on your business’s products and services, and then matches it with your on-page creative. These auto-optimized landing pages even have conversion tracking and reporting through the Smart Campaigns UI, which means that any business can get started online in a manner of minutes. 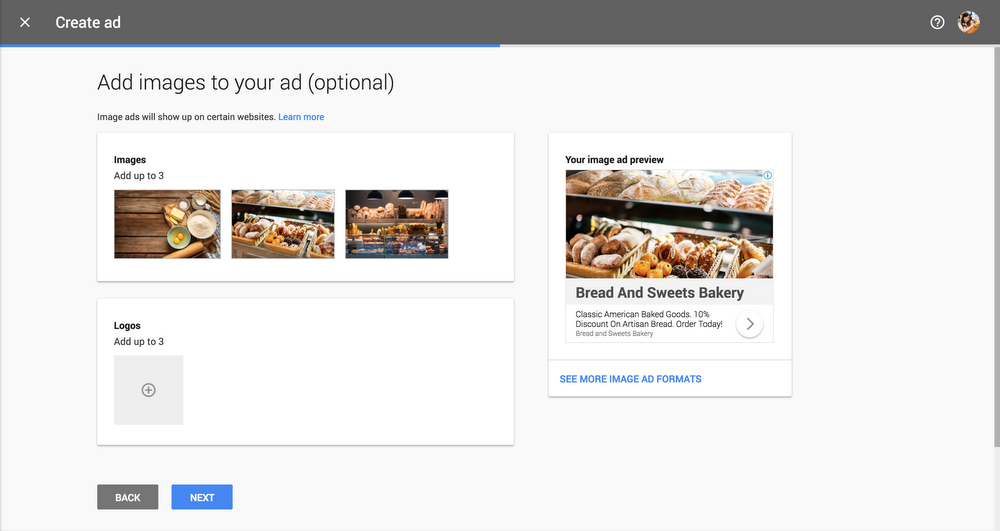 Google is facing even more competition from the likes of Facebook and Amazon, both on the search ads front as well as the video ad front. There’s little doubt that Google remains the king of search, but when it comes to searching for people and events, Twitter and Facebook are more appealing alternatives, while Amazon offers the best shopping search experience.

Expect to see Google using machine learning in its products and services. As we’ve seen, Google has already implemented machine learning into its Search, Analytics and Shopping services, could we soon see it in Maps, Gmail, and other apps?

That wraps it up for this year’s content! Arcalea is proud to bring you the biggest updates in the search advertising industry, and we look forward to what 2019 will bring. Thanks for following us!